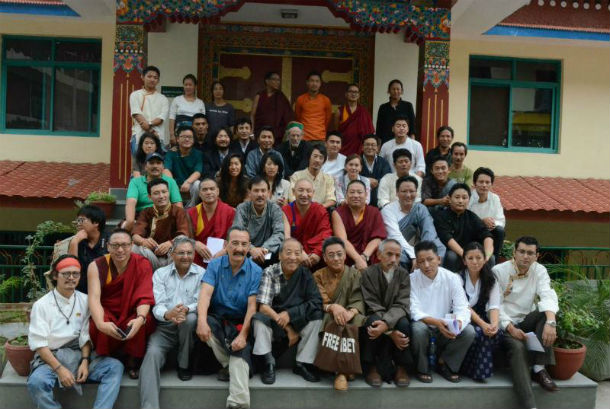 Dharamshala: - Tibetan National Congress, a freedom movement established in the tradition of the great freedom movements of the United States of America has condemned the baseless allegation and attacks by Shugden groups against His Holiness the Dalai Lama.

Recently, we have observed with growing apprehension a disturbing trend that is being orchestrated all over the world, wherever His Holiness is scheduled to engage in building communal harmony and developing peaceful coexistence between different beliefs and cultures. He is being viciously attacked by Shugden extremists who falsely accuse him of severe repression and denial of religious freedom,' Jigme Ugen, TNC Presiden said in a statement.

Of course, this is not entirely new, and has been happening intermittently for a few years now, usually by a few Tibetans backed by many more Westerners in religious garb. However, what is alarming about these new protests is their ability to move the same group of people all over the world rapidly, in a well-oiled propaganda fashion. They have also become increasingly aggressive in their confrontational techniques, as was the case with the Western 'nun' who infamously accosted His Holiness in a hotel lobby in San Francisco. As much as those responsible for the security detail around His Holiness need to take responsibility for the lapse in our ability and preparedness to identify and prevent such deliberate attempts to defame and ridicule our leader, we have to be very concerned about the increasingly bold, organized, and well-funded actions undertaken by malicious people.

His Holiness the Dalai Lama is not only the religious leader of the Tibetan people, but the manifestion of the Tibetan nation and its peaceful and honest struggle against a cruel, despotic, and totalitarian colonial power. His reputation as a fair and honest peacemaker undoubtedly carries much weight in the world, garnering him access to otherwise closed doors. So, when such dubious groups viciously attack the very integrity of His Holiness, calling him a 'liar', 'fake' and accusing him of 'religious intolerance' - which is the very antithesis of the movement he has been espousing all around the world for decades - this should be of enormous concern for all of us.

His Holiness the Dalai Lama has repeatedly explained his stance on the Shugden issue, and it should be absolutely clear that his stance is on theological grounds and has nothing whatsoever to do with discrimination. Even Amnesty International after a thorough research and investigation into the allegation of religious discrimination declared there was no truth to these assertions. Similarly, the Delhi High Court found no evidence and dismissed the case. In spite of similar other non-partial and independent entities coming to the same conclusion, some Shugden believers still continue to ramp up their propaganda to discredit and defame His Holiness, and in turn, the whole Tibetan movement. We need to ask what their true motivation is.

It is absolutely clear: their actions indicate that these groups are not concerned with religious tolerance, but with disrupting and ultimately dismantling the Tibetan people's just struggle for their homeland. It is reasonable at this stage to conclude that the only entity that benefits from such deliberate attempts to vilify and defame His Holiness is the Chinese Government. It is no secret that the Chinese Government and entities within the Chinese Communist party, especially the United Front, have been deliberately nurturing Shugden propitiators inside Tibet, and pushing people with such affiliations into positions of power. It is also no secret that the Chinese Government often resorts to covert methods of sowing divisiveness, and uses such underhanded means to attack their opponents' most important strengths. It is apparent that the Shudgen groups carrying out these actions are allowing themselves to be used as tools of the Chinese regime.

There are shady Shugden groups, with questionable financial resources, obviously spending significant amounts of money ferrying people all over the world, following His Holiness with professionally-made signs and banners. Lately, these groups have made their ties to the Chinese government more evident by their recent public pronouncements that support the Chinese government's position while making derisive comments regarding His Holiness. They have also reportedly been making their presence felt in Chinese embassies, wining and dining on their dime.

It is disheartening to see fellow Tibetans consort with the enemy against their own people, especially when we are at a critical juncture in Tibet's history, as Tibetans inside Tibet are making the ultimate sacrifice of self-immolation to expose the hollow legitimacy of Chinese rule in Tibet and the unbearable pain and anguish under which the Tibetan people live. It is treachery at the highest level and must be condemned by every Tibetan worth their salt, every organization, and even those Shugden followers whom these shady organizations purport to represent. At the end of the day, we can live with religious differences, as we have throughout our history much like any other culture, but we cannot accept those that sell our national interest for personal gain.

I urge Shugden followers, the majority of whom surely don't have links to the Chinese Government, to disassociate themselves from such groups and join in solidarity with the rest of their brethren against those who peddle our country and trample on the memories of our ancestors. I call on responsible Governments in whose jurisdiction these organizations operate, to scrutinize and persuade them to reveal the source of their funding and control, since it also pertains to the safety and security of their nation to be free from Chinese government machinations. I also urge the said authorities to request such entities to cease and desist from further engaging in slander and libel against the person of His Holiness the 14th Dalai Lama of Tibet.